On: May 14Author: eleanorCategories: News

We were proud to briefly host comrades from Indonesia and Union Aid Abroad – APHEDA at the Earthworker Energy Manufacturing Cooperative factory in Morwell this week. 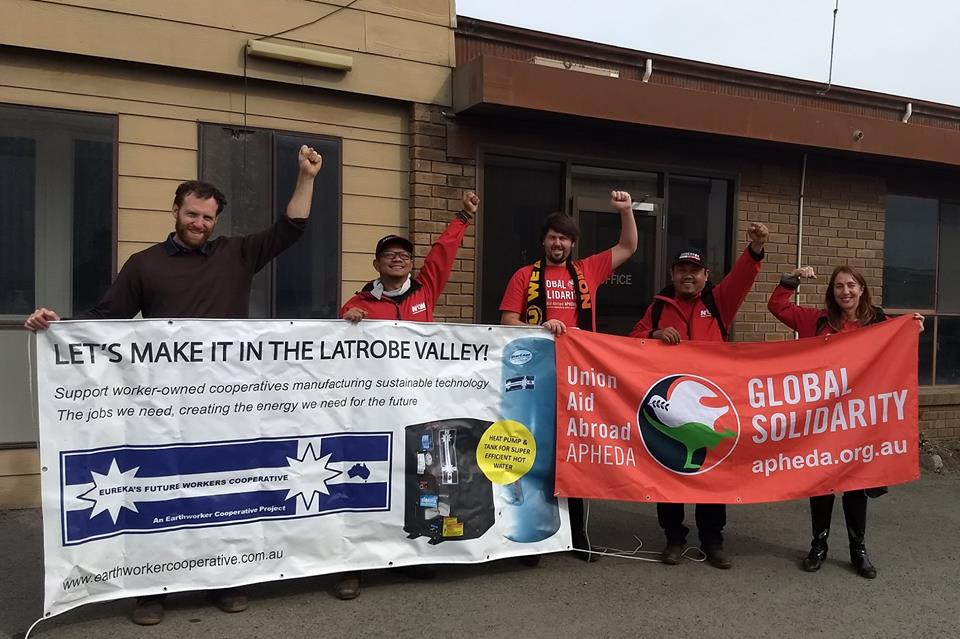 We were visited by Darisman and Subono from Local Initiative for OHS Network (LION) Indonesia and SERBUK Union (an Indonesian union with coverage of Asbestos factory workers). It was powerful to share experiences about building better workplaces, and powerful to hear the work being done in Indonesia.

Subono is a former factory worker and now union leader who worked for 20 years in an asbestos manufacturing factory (of which there are still at least 24 operating across Indonesia) before he received an education about the dangers of asbestos exposure. Bono then began organising workers using the dangers of asbestos as a platform for union growth.

Darisman is the coordinator of LION’s exceptional grassroots organising, education and campaign work which has a long-term goal of banning asbestos use, manufacture and import across Indonesia. They have also led the way regionally in the promotion of Union Aid Abroad’s – APHEDA’s umbrella campaign Asbestos. Not Here. Not Anywhere.

You can see more of LION’s work here: http://lionindonesia.org/